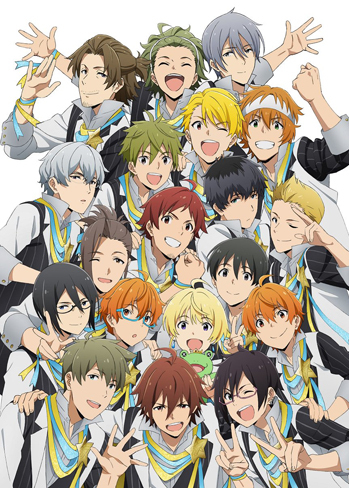 SideM is animated by A-1 Pictures like its predecessor series. The anime aired on October 7, 2017 as part of the Fall 2017 lineup.

A prologue special titled Episode of Jupiter premiered on September 30, 2017 a week ahead of the show's official start. It stars Touma, Hokuto, and Shouta during their time after leaving 961 Production.

The final volume of the DVD sets included a Vignette Episode OAD titled "315 Variety Pack! Made in Passion!", consisting of six short segments.

The iDOLM@STER: SideM provides examples of: