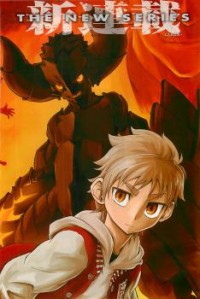 Iron Knight is a manga by Tomohiro Yagi about a boy named Teppei living in a world where a mysterious disease called the "Goblin virus" wreaks havoc across Japan. Waking up in the middle of his now ruined city, he tries to find out what happened. After encountering a man with the goblin virus, he finds out he too has it. But inspired by how his father, a policeman who tried his hardest to protect the city, he uses his new power to protect humanity as the Iron Knight.

Originally a oneshot, it was serialized in Weekly Shounen Jump, but was cancelled after 16 chapters. A seventeenth chapter was added to the third volume when it was released. All seventeen have now been scanlated.