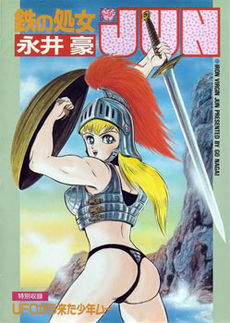 Tetsu No Otome (Iron Virgin Jun) is a 1983 manga by Go Nagai (Devilman, Cutey Honey). It was later adapted into a one-shot anime OVA.