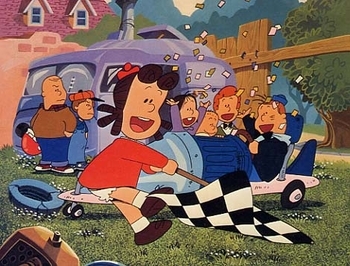 In 1976, Little Lulu was adapted by Nippon Animation into a 26-episode anime titled Little Lulu and Her Little Friends.