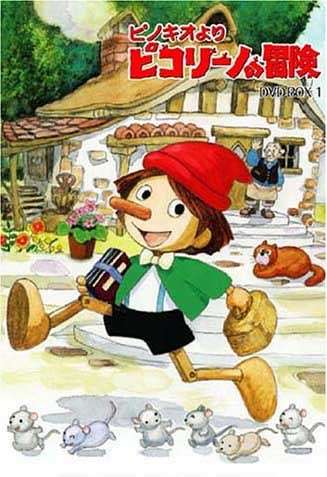 Piccolino no Bouken is a 52 episode Animated Adaptation of The Adventures of Pinocchio. It is done by Nippon Animation.

Basically, the plot is similar to the book, but it expanded the subplots.

Geppetto lives with his cat Giulietta and a woodpecker called Rocco. One day, he creates a puppet from a log.

See also Mokku of the Oak Tree, an earlier adaptaion of the story.