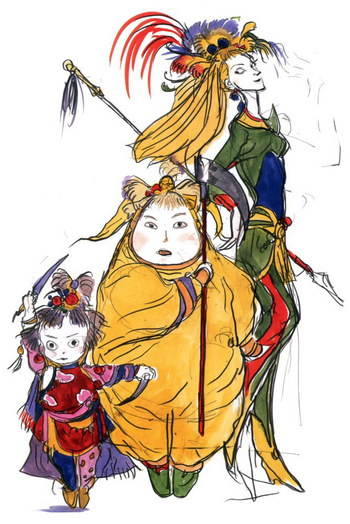 The tall, thin guy will usually be the leader, the short one will be the brains (unless he's The Napoleon), and the big guy will be either The Dragon or The Brute. Compare Beauty, Brains, and Brawn.

Sister Trope to Fat and Skinny and Big Guy, Little Guy. Compare with Terrible Trio, which is usually composed of two "skinny" members (one male, one female) and one "short" one.

Boggis is the fat one, Bunce the short one & Bean the Thin one.

Boggis is the fat one, Bunce the short one & Bean the Thin one.