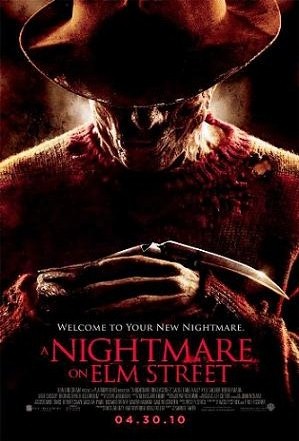 He knows where you sleep.
— Tagline
Advertisement:

This 2010 film serves as both a remake of A Nightmare on Elm Street (1984) and a reboot of the actual Elm Street franchise; Rooney Mara stars as Nancy and Jackie Earle Haley plays the nightmare himself, Freddy Krueger. The film generally remains close to the origin of Freddy and the overall events of the original film, though it does make some superficial changes to both.

One, two, Freddy's coming for you...three, four, here's the tropes you're looking for...