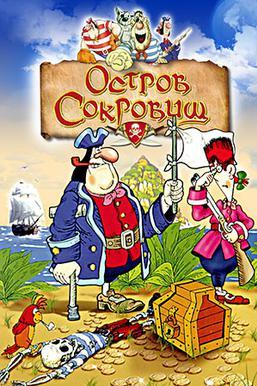 "You're within half a plank of death, Jim."
"The words 'rum' and 'death' should mean the same thing to you!"
—Dr. Livesey
Advertisement:

Notably, the adaptation remains fairly faithful to the book plot-wise, though Character Exaggeration is applied liberally to most characters.

A videogame concerning the film was released in 2004. It's an adventure game, taking place just after the crew sets off on the Hispanola.