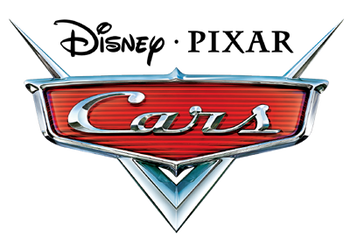 A series of computer-animated films from Pixar and directed by John Lasseter, who also directed Toy Story, Toy Story 2 and A Bug's Life. True to the title, the stories take place in a world entirely populated by anthropomorphic cars and other vehicles — aside from plants, there are no organic life-forms of any sort. Just about everything else is reinterpreted into automotive counterparts, such as insects becoming Volkswagen Beetles and rock formations in the shape of car bodies.
Advertisement:

The Cars films and shorts contain examples of the following tropes