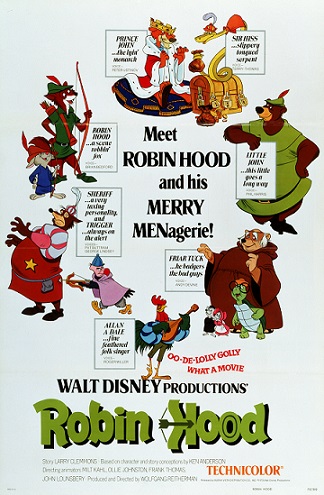 How did they all co-evolve to have human-like hands? ...You know what, never mind.
"In the world of Zootopia, humans never happened. Which makes Zootopia a modern civilized world that is entirely animal."
— Zootopia teaser trailer
Advertisement:

In some works where some animals or types of animals take the place of people and others are considered normal animals, there are both normal forms and human surrogate forms of one or more animal species.

Can involve Partially Civilized Animals, Civilized Animals, or Funny Animals. Beast Men might also fall under this trope, though it's rarer as Beast Men tend to be considered a separate species to their animal look-alike. Compare Sliding Scale of Animal Cast. Compare and contrast Alternate Tooniverse, where animals (or other cartoons) and humans each have a separate world which people can cross between, as well as Cast of Personifications, where the cast are the personifications of nonhuman things or beings given human form. Also compare and contrast Lions and Tigers and Humans... Oh, My!, where these types of characters co-exist with people. If mammals are the only Funny Animals in the setting, then you've got yourself World of Mammals. Also contrast with Furry Lens, in which the cast are really humans but are symbolically depicted as talking animals.

May result in Furry Confusion and/or Carnivore Confusion. These worlds may contain semiaquatic animals working in nautical professions.