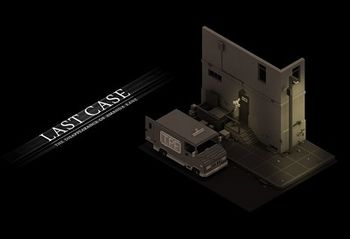 Last Case - The Disappearance of Amanda Kane is a short indie Point-and-Click Game by Affinity Play about a private eye named Jack Forester investigating the disappearance of Amanda Kane. The game is well-known for its Film Noir setting, it's cliché (but still very enjoyable) plot, and for the narrator's soothing, monotonous voice acting. It's also known for its abrupt and confusing ending.
Advertisement: