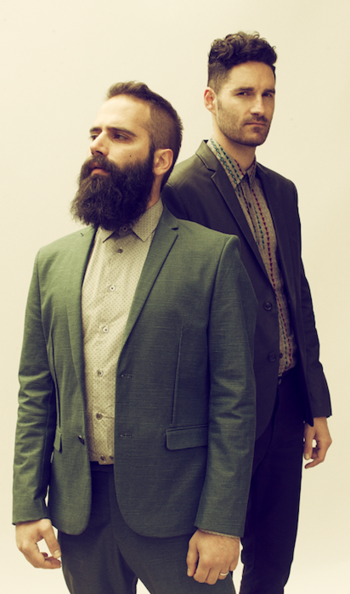 Sebu Simonian (left) and Ryan Merchant (right)
"We make thoughtful electro/pop music that you should listen to!"
—From their official Twitter
Advertisement:

The two met on Craigslist and spent three years composing music for commercials and advertisement campaigns.