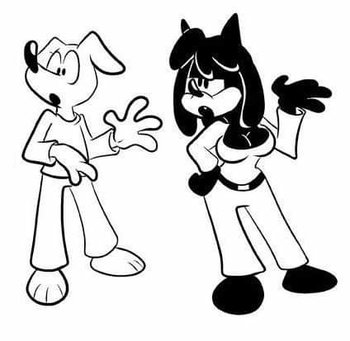 Bob the Dog and Charlene Kat, two of the primary characters.
Advertisement:

Storylines blend genres like comedy, drama, romance, sci-fi and horror, and have focused variously on topics ranging from real-life based topics, including relationships, politics and racism, to more surreal subject matter, including Zombies and Alien Abduction.