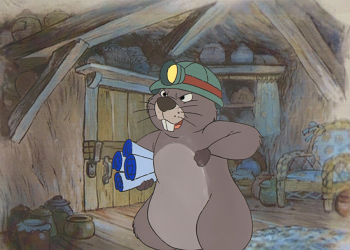 Moles, the denizens of the underground, digging their tunnels. Often Beneath the Earth and in miner attire, no doubt Tunnel Kings. Also included are gophers and other burrowing rodents. See also Mole Men, who are very similar to this trope, but more humanoid.

Not to be confused with The Mole. See also Drill Mole.