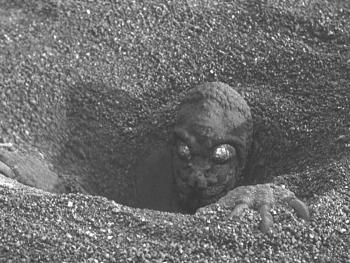 Beneath the Earth, you can find a strange bunch of people, skilled at digging and with an unusual rodent-like appearance. note Though technically moles (and shrews) aren't rodents... They may live in caves or be a part of a vast civilization living in Underground Cities.

Not to be confused with The Mole.