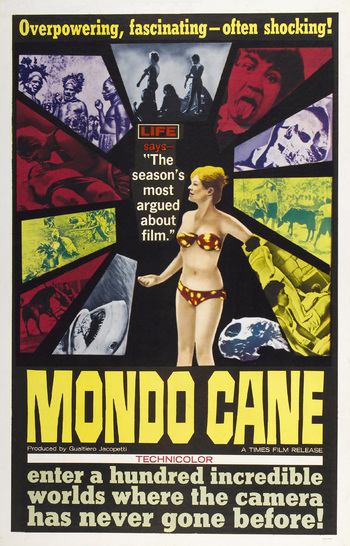 It is a documentary, more or less. The film is a series of disconnected segments that are meant to document the shocking or bizarre or disturbing aspects of 1962 life. The vignettes included in the film are wildly varying in subject and mood. Among the many random bits that make up this film are:

This film was the Trope Maker for the Mondo or "shockumentary" genre, in which quasi-documentary anthology films intentionally titillate, shock, or revolt the audience. It received direct sequels from the original filmmakers, as well as imitators such as the infamous Faces of Death series.