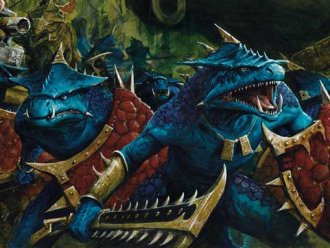 Apparently, lizards are Mayincatec.
Cole: My husband was joking about Reptilians earlier. I bet you've seen them with your own eyes.
Ruby: Damn hard to kill.
— The Department of Truth
Advertisement: