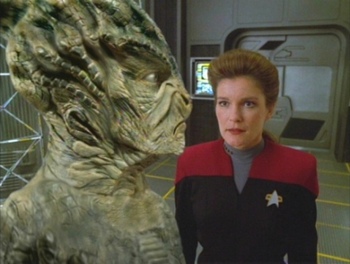 Chakotay comes across an alien race called the Voth that presumably evolved from dinosaurs, with a scientist who is trying to discover his race's true origin.