Call a Smeerp a "Rabbit" 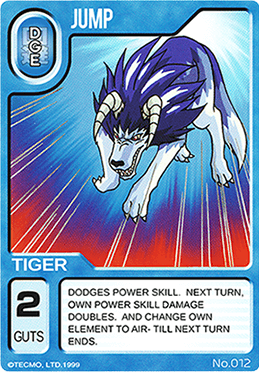 Ah, yes. The blue furred, horned tiger. Bred for its skills in magic.
"I once ate a live frog, you know. Well, it was mostly like a frog. Had an extra leg or two and was violet in color but was basically the same thing. Slimy. Amphibious. Et cetera."
— Hoid, Elantris
Advertisement:

Just as Speculative Fiction authors like to Call a Rabbit a "Smeerp", they also like to invent wild new creatures, give them the names of familiar animals, and plunk them down into their settings to run amok. The differences between the smeerps and their real-world counterparts can range from trivial — such as "dogs" that have spiked backs and three tails in addition to all their normally canine traits — to extreme, such as bipedal, poison-spitting, frilled reptiles with saddles being referred to as "horses".

When used in non-visual media, the problem is that unless the author is very explicit right up front about the fact that the animal in question is quite different from what the word normally means, the reader may be hundreds of pages in before he runs across something that just doesn't make sense, which can be jarring. It shatters the Suspension of Disbelief when you have to suddenly change your mental image of the hero's faithful dog to include scales and a forked tongue.

A common trope in RPGs, especially when naming monsters.

This trope is very much Truth in Television, as can be quickly seen by browsing through the Real Life section of this page. Explorers would name newly discovered animals after the ones they were familiar with due to a resemblance in how it looks, sounds, or acts. This is why, for example, you'd need to distinguish between African, American, and Eurasian buffalo—Portuguese explorers in the 1580s called African buffalo "big oxen" in their language; French traders in the 1630s independently applied their own cognate term to the large bovines of North America; and then in the early 18th century Europeans applied the term to the water buffalo of Asia (unlike the previous two times, that was probably a deliberate comparison to another "buffalo", namely the African one, rather than simply "big ox").

And for whatever reason, everyone thought that every animal would have an "alien" equivalent. The closest equivalent to outer space back then was the ocean. Have you noticed how many sea creatures have names like "Sea/Mer + Name of Land Animal", e.g. Sea Lion, Cow, Horse, Slug, and Cucumber? Basically, people of old assumed that most creatures on land have an aquatic Fantastic Fauna Counterpart. Note that quite a few cases are due to translation errors (see Dinosaurs Are Dragons for a specific example of this).

Note that in Real Life, this trope can involve the linguistic debate on prescriptivism vs. descriptivism—if an animal is commonly called something, that is by definition its common name; it's only "wrong" if it doesn't convey what animal is being referred to. Common parlance is not professional taxonomic literature, which has binomial nomenclature to prevent ambiguities.

The inverse of Call a Rabbit a "Smeerp". When already fictional creatures bear little resemblance to their mythological counterparts, it is, depending on the case in question, either Our Monsters Are Different or Call a Pegasus a "Hippogriff". Occasionally might be related to Translation Convention. Can be justified if the fantasy creature is the Fantastic Fauna Counterpart of the real-life animal it's named after. See also Informed Species, which is when the animal is meant to be a real type, but doesn't look anything like it. Not to be confused with In Name Only. Closely related to Non-Indicative Name. Compare An Alien Named "Bob".

open/close all folders
Advertising
Anime & Manga
Comic Books
Fan Works
Films — Animation
Films — Live-Action
Literature
In The Jungle Book, one of the characters in "Rikki-Tikki-Tavi" is "Chuchundra the musk-rat". Muskrats are native to America, not India, and "chuchundar" in Hindi means either the Asian house-shrew or the mole. Chuchundra is more likely the former, but either way is a small, land-dwelling insectivore, nor a medium-sized, semi-aquatic rodent.
Live-Action TV
Myths & Religion
Podcasts
Tabletop Games
Toys
Video Games
Web Animation
Webcomics
Web Original
Western Animation
Real Life