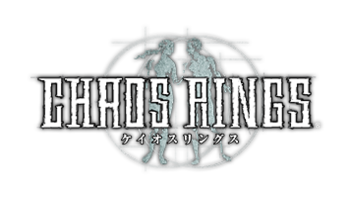 Chaos Rings is a series of Eastern RPGs for iOS devices, developed by Media Vision (the studio behind the Wild ARMs series) and published by Square Enix.

The games feature two character parties, and use a turn-based battle system, which lets the characters attack either alone, or as a pair. The games all have themes of sacrifice for the greater good.

Tropes present in all three games: