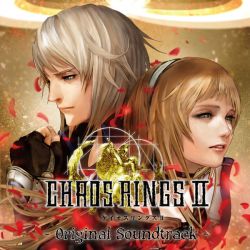 The third game in the Chaos Rings franchise.

Chaos Rings II abandons the Ark Arena storyline of the first two games, and instead focuses on a character named Darwin, who is chosen to be the Nominator, and given the task of sacrificing four Candidates in order to prevent the destruction of the world.

This game adds new elements to the battle and exploration systems, and allows players to choose their own paths in the story, affecting the plot.