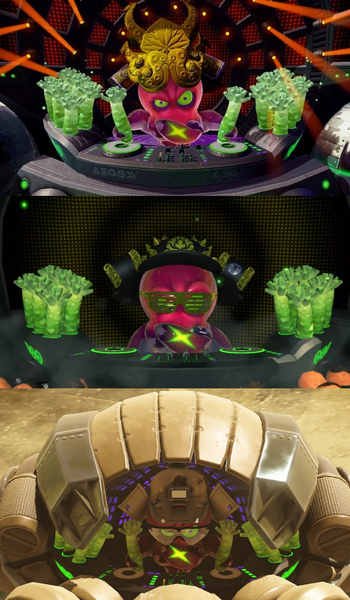 A Legacy Boss Battle is a boss from one game that appears as a boss in a later installment, often as a Superboss and as a result generally much harder than the original boss fight. Though some storyline bosses can fit as well.

If the boss' game of origin is from another franchise, then these may be Mythology Gags or Lawyer Friendly Cameos.

Of important note is that most Legacy Bosses are only fightable in the post-game and don't have any role in the plot. So Big Bad Final Boss examples don't qualify unless the Big Bad of the game his cameo is in is different, or because the fight feels more familiar than the context would indicate.