Gotta Catch Them All 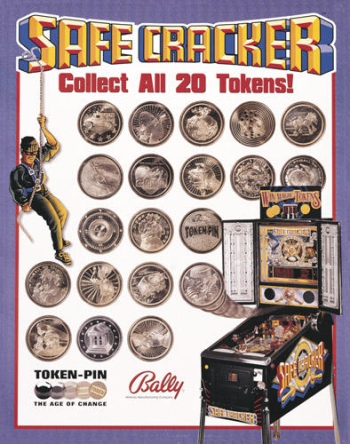 Douche: Every Pokémon? Are you serious? You're sending us KIDS out into the world to find EVERY POKÉMON? You don't see ANYTHING dangerously irresponsible about this?
Oak: Nope! GOTTA CATCH 'EM ALL!
— Super Effective, Strip 4

Everybody must get stones.

The most basic form of Plot Coupon. There are several somethings spread far and wide, and the cast is tasked to go find them. Each one has its own subplot, which could be as short as a few frames of a Montage or as long as a Story Arc; but, of course, the most common pattern is for the cast to collect one per episode. Often the reason for Walking the Earth, especially as a step in the way To Be a Master. Often each coupon is guarded by a boss monster.

Convenient for TV series, as it provides an easy Story Arc for the whole series (or season) just under there being more than one MacGuffin to find. Meantime, each episode can have its own obstacles, villains, and setting, and be written by a different author, just as long as the plot coupons keep getting found. Also popular in video games because it's easy to implement; some of the earliest non-Excuse Plot videogames (e.g. The Legend of Zelda) were built on it, and it continues to be ubiquitous today.

The Twelve Labours of Hercules are perhaps the earliest occurrence of this. (Originally Hercules was expected to perform ten, but the Dungeon Master decreed that two of them didn't count and made him do two extra.)

In all media, common things that must be found include:

In interactive media, they can also be categorized as follows:

Compare and contrast Gotta Kill Them All, which follows much the same pattern, but takes a more...destructive approach. Also closely related is Gotta Rescue Them All, an objective often treated identically to this in gameplay. See also Collect-a-Thon Platformer, a genre of platform game where this trope plays a major role.

If the item in question can be bought, then lets hope it's crack. If each item is individually useful, but as a complete set very powerful, it's because of the Set Bonus.

Alternative Title(s): Gotta Catch Em All, Gotta Collect Them All, Catch Them All