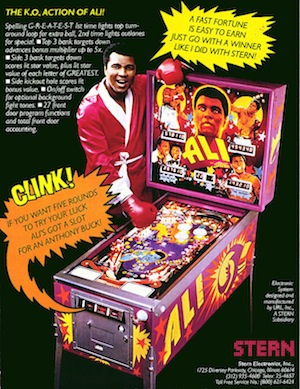 More properly called "Celebrity Spokesman", as an endorsement requires the celebrity testify to his own use of the product, and this isn't always part of a celebrity's role in the commercial.

The use of celebrities in product advertising seems to appear more in TV than in older media, such as radio, print and even cinema. Actors, athletes, musicians and other notables have lent their talents to TV commercials. Some, like Paul Newman, have gone so far as to create the products they sell.

Due perhaps to its prevalence, in some jurisdictions it is required to indicate in a caption or subtitle if the celebrity endorser was compensated for the endorsement. That is to say, if you paid the celebrity to endorse your product, you had to mention that on the screen somewhere.

Although most common on TV, a common literary equivalent is to see a brief quotation from one author enthusiastically endorsing the work of another one on the cover or in the opening pages of their latest work. Given that the usual dynamic is a very well-known author endorsing a lesser-known one ("John Anonymous is this generation's Master of the Macabre!" ~ Stephen King), whether the well-known author has even read the book in question is, of course, uncertain.

Interestingly, the idea of celebrity endorsements dates back at least to Ancient Rome. Popular gladiators would regularly be paid to endorse various products and services. (In fact, Ridley Scott planned to have a scene in his film Gladiator where some of the arena fighters endorsed products, but changed his mind when he realized that the public wouldn't buy it as real.)

I'm Not a Doctor, but I Play One on TV is a subset of this. See Character Celebrity Endorsement for endorsements from celebrities that are not, in fact, real.

See also Advertising Campaigns, and Character Celebrity Endorsement when the product is promoted by fictional beings, who are celebrities nonetheless. Some celebrities willing to do endorsements but afraid of being seen as sellouts indulge in Japandering by appearing in foreign ads that are not meant to be seen by their home fanbase.