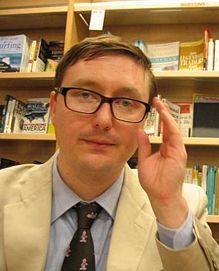 John Hodgman has inflicted the following upon the world: