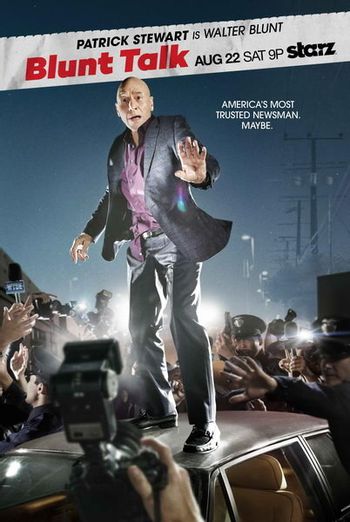 Blunt Talk is a comedy program created by Jonathan Ames and produced by Seth MacFarlane. It ran for two seasons on Starz from 2015 to 2016.

Patrick Stewart stars as Walter Blunt, an irascible and self-important British journalist. When Walter isn't using Blunt Talk, his news program, as a soapbox to lecture the American public, he can be seen getting into wild misadventures with Harry Chandler (Adrian Scarborough), his trusted manservant, by his side, to the chagrin of his producers and network executives.