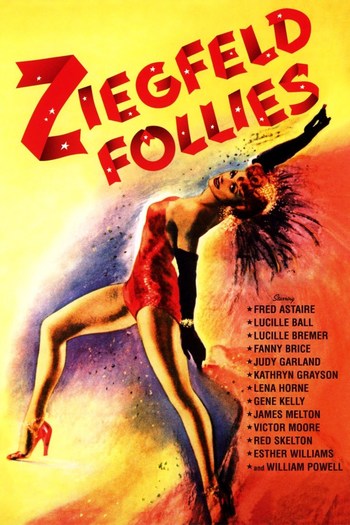 Ziegfeld Follies is a 1945 musical movie from MGM, which attempts to recreate the style of the actual Ziegfeld Follies by dispensing with a connected plot and just having short, unrelated skits for 110 minutes. It stats some of Hollywood’s biggest talent of the day, including Fred Astaire, Gene Kelly, Judy Garland, Myrna Loy, and even Fanny Brice, who really was a Ziegfeld performer back in the day (as the opening claymation shows). The program for the movie is as follows: