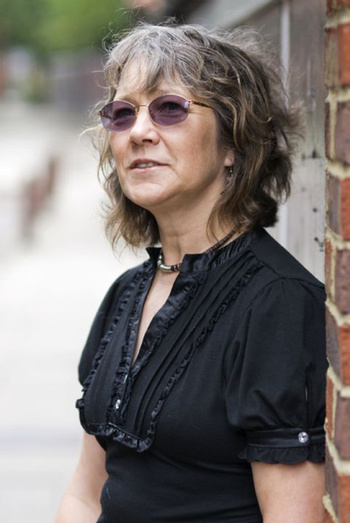 Robin Hobb, alias Megan Lindholm, is a writer of Low Fantasy novels, usually grouped in trilogies and revolving around an elaborate Myth Arc with political themes. She started out writing as Megan Lindholm, writing mostly Sword and Sorcery fare, although slightly more down to earth than usual, and occasionaly dabbling in Science Fiction. She has also contributed to the Liavek Shared Universe. When writing Assassin's Apprentice, the first book of the Farseer trilogy, she recognized that she was writing in a different slice of the genre, and changed her pen name to reflect this.

Rather infamously not keen on Fan Fic, as expressed in her well-known fan fiction rant

, although she's okay with Fan Art.

Works by this author with their own pages on this wiki:

Other works by this author contain examples of: