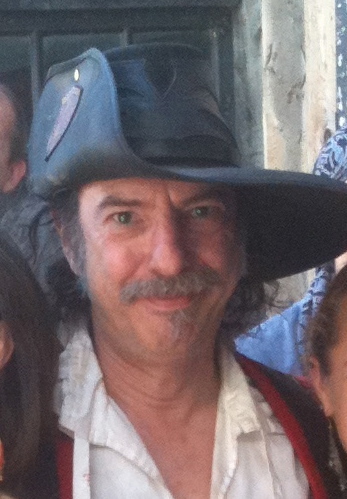 Steven Karl Zoltán Brust (born November 23, 1955) is an American Fantasy and Science Fiction author of Hungarian descent, best known for his Dragaera series, including the noirish Vlad Taltos cycle, and the Khaavren romances, a pastiche of Alexandre Dumas. He is a member of The Scribblies, a Minnesota-based writers group that also includes Emma Bull, Will Shetterly, Pamela Dean, and Patricia C. Wrede, some of whom he has collaborated with.

In addition to his writing, he was the drummer for the fantasy-oriented funk-rock band Cats Laughing, which also included Emma Bull.

Tropes in works without their own page: