Literature / Wizard of the Pigeons 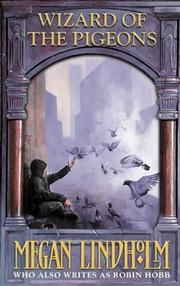 On the far western shore of a northern continent, there was once a harbour city called Seattle. It did not have much of a reputation for sunshine and beaches, but it did have plenty of rain, and the folk who lived there were wont to call it 'the Emerald City' for the greenness of its foliage. And the other thing it boasted was a great friendliness that fell upon strangers like its rain, but with more warmth. And in that city, there dwelt a wizard.
Advertisement:

Wizard of the Pigeons is an Urban Fantasy novel written by Megan Lindholm and published in 1986. The protagonist is a wizard, one of several people living on the fringes of society in Seattle with one foot in the world of magic. He is called Wizard: he doesn't remember who he was before. One thing he does remember is that there are rules: he must never have more than a dollar in his pocket, must remain celibate, and he must feed and protect the pigeons.

As the novel progresses, Wizard is called on to face a shadowy menace connected to the past he has forgotten.