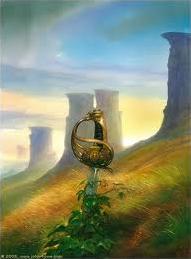 Shaman's Crossing cover art by John Howe
The Soldier Son is a Fantasy trilogy by Robin Hobb, featuring a more modern setting than usual. The books are: