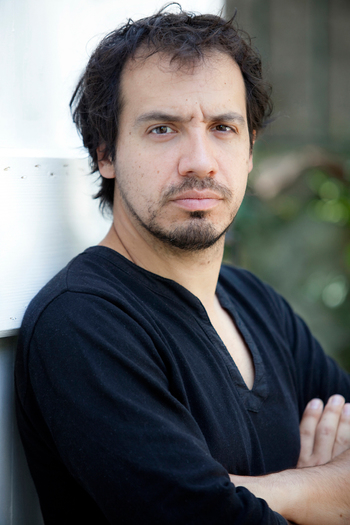 He's best known for creating the Arthurian Legend-inspired comedy series Kaamelott, and for playing the main role in it. He also wrote, directed and played in Kaamelott: Premier Volet, a theatrical film sequel to the series that has been Saved from Development Hell and released in 2021, intending it to be the first installment of a trilogy.

He also directed the first two CGI animated Asterix films, The Mansions of the Gods and The Secret of the Magic Potion, which were both praised.

Tropes from his works: