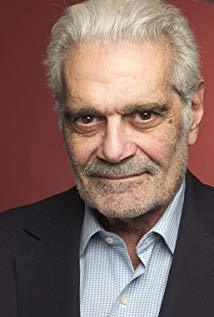 Born Michel Dimitri Shalhoub in Alexandria to a family of Christiannote Melkite Greek Catholic rite, to be precise Lebanese origins, he came up through the Egyptian film industry of the 1950s before breaking into worldwide cinema playing Sherif Ali in 1962's Lawrence of Arabia. After Lawrence, he is best remembered for Doctor Zhivago and Funny Girl. He continued appearing in both Egyptian and international films until shortly before his death in 2015.

He was fluent in Arabic, English, French, Italian and Spanish, which allowed him to be cast as a wide range of characters of various ethnicities during his 60-year-long career.

He was also a championship-level Bridge player, at one point ranked in the top 50 worldwide. He contributed to a syndicated bridge column, and lent his name to a long-running series of video game versions of the game.