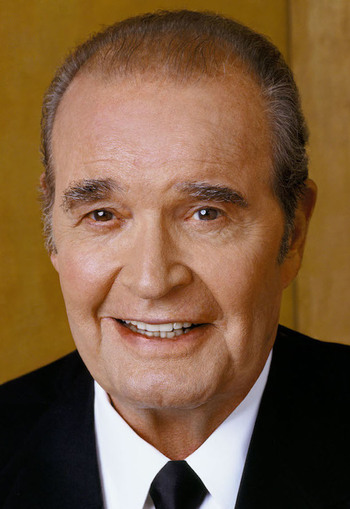 James Garner (born James Scott Bumgarner; April 7, 1928 – July 19, 2014) was an American actor, producer, and voice artist born in Norman, Oklahoma. He starred in several television series over more than five decades, including such popular roles as Bret Maverick in the 1950s western series Maverick and Jim Rockford in The Rockford Files, and played leading roles in more than 50 theatrical films, including The Great Escape (1963), Paddy Chayefsky's The Americanization of Emily (1964), Grand Prix (1966), Blake Edwards' Victor/Victoria (1982), Murphy's Romance (1985), for which he received an Academy Award nomination, Space Cowboys (2000) with Clint Eastwood, and The Notebook (2004).