Literature / The Widow of Desire 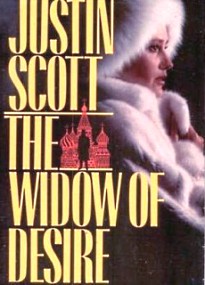 Natalie Stuart Nevsky, an American old money banker, has co-founded a successful fur fashion company with her husband, Russian businessman Wallace Nevsky. At a fashion show for the company, her husband is murdered by a mysterious woman who just mutters "traitor" in Russian as she shoot him, then slips away into the crowd.

This has left their company in hard times, since some stockholders and competitors think Natalie can't run the business on her own, and are already making moves for a takeover. Natalie's best hope is to finish some deals Wallace set up in the USSR. Yet she soon finds out Wallace was not merely involved in business there. He was part of a web of conspiracies, the betrayal of which is why he was killed.

The book was written by Justin Scott in the waning years of the Cold War.