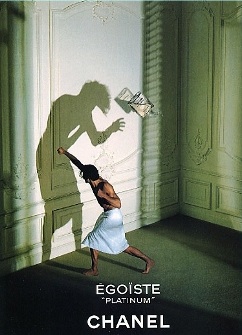 Perfume commercials have a tough task to complete; they're advertising through a medium that cannot possibly convey their product's sole feature: the smell. The solution, such as it is, is to create an association with 'raw' human desire, elegance, beauty, and wealth via incomprehensible art. When executed well, it looks like a glamorous clothing commercial; when done poorly, they may fall prey to not having anything to do with the product.

Car adverts can be prone to this too, if they're selling the experience and lifestyle implied by driving the car instead of the engineering. Perhaps because of this, a good many TV shows take a liking to parodying these commercials.