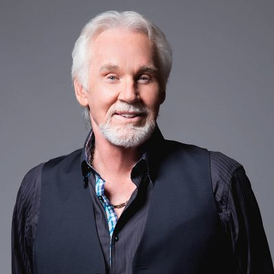 He started his career in The '50s doing early Rock & Roll, had a Jazz phase, and eventually joined the 1960s Folk Music group The New Christy Minstrels. In 1967, Rogers and several other New Christy Minstrel members broke off to form The First Edition, an eclectic band that was equally comfortable doing folk, Country Music and Psychedelic Rock. The First Edition had a successful run, highlighted by the major pop hits "Just Dropped In (To See What Condition My Condition Was In)" and "Ruby, Don't Take Your Love to Town". Rogers left in 1975 to start his own country-focused career, launching it with a cover of the gospel standard "Love Lifted Me". It wasn't until two years later that he broke through, sending a string of singles to the top of the charts and achieving consistent pop and adult contemporary airplay for each, along with country. Among his hits in the late 1970s and early 1980s were "Lucille", "The Gambler", "She Believes in Me", "Coward of the County", "Lady", and "Islands in the Stream", a duet with Dolly Parton. The last two have the distinction of being among the only songs to top the country, pop, and AC charts ("Lady", written and produced by Lionel Richie, was also a moderate hit on the R&B chart).

Rogers' success declined in the 1980s after "Islands in the Stream", although he managed a semi-regular chart presence until 1991. After an eight-year stretch in which he recorded albums but did not issue very many singles, he launched the single "The Greatest" in 1999 off his own label, Dreamcatcher Records. Although it had only modest success, the album's second single, "Buy Me a Rose" (with guest vocals from Alison Krauss and Billy Dean), returned him to the top of the charts in 2000. None of his other singles matched the success of that song, however, although 2006's Water & Bridges on Capitol Records gave him a little bit more commercial success.

Rogers is also known for being prolific in the duet field, having cut several duets with Parton, as well as Dottie West, Sheena Easton, Kim Carnes, and James Ingram. He is also one of the highest-selling male country artists.

He also founded the Kenny Rogers Roasters chain of restaurants, which was frequently satirized in episodes of Seinfeld, Late Night with Conan O'Brien, Mad TV, and Jackass. No Roasters restaurants remain in the U.S.A., but they can be found in such countries as Malaysia, Singapore, Indonesia, China, the Philippines, Brunei, and Bangladesh.

In 2013, it was announced that Rogers was being inducted into the Country Music Hall of Fame. For his millions of fans, his induction is considered long overdue.

Kenny Rogers passed away on March 20, 2020, from natural causes.

Rogers and his music provide examples of:

And somewhere in the darkness
The Gambler, he broke even
And in his final words I found
An ace that I could keep.