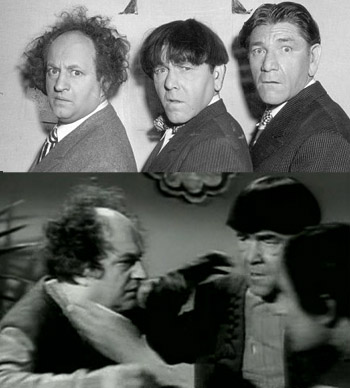 Instant resurrection: just keep the body double out of focus!
"Hey, you can't let something like a little death get in the way. There's money to be made."
— Cracked, 6 Insane Attempts to Make Movies Starring Dead Movie Stars

Every once in a while, you want to bring back a guest star or former recurring character, and you want this so much that the fact that the appropriate actor isn't available (i.e. unwilling, busy, or dead) doesn't stop you.

Or perhaps they are a regular but they unexpectedly quit or died or you had to abruptly fire them or are just unavailable temporarily and you need to buy time to write them out or replace them.

Pulling off The Other Darrin is tricky under the best of circumstances. Trying to do it for a one-shot appearance is pretty much impossible.

So you pull off something dicey: use a stand-in, and don't show their face. You can combine this with a little Stock Footage to improve the effect. Not bad, as long as the audience doesn't get wise. Starting in the late 2010s, some film studios have experimented with motion-captured effigies of actors who are either too old or too dead to reprise their roles, but it's rarely passable (and ethically dubious).

This method has also been used to allow two characters normally played by the same actor to appear in the same frame.

This is somewhat easier to do with animation — after all, the characters look the same no matter what actor you use, and sometimes you can even get away with a silent cameo. Just... if they have to talk, be very careful of which voice actor sound-alike you hire.

See also Digital Head Swap and The Dead Rise to Advertise, which often overlap with this trope.