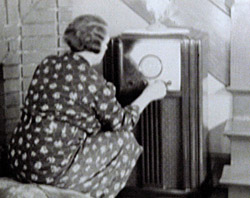 Tropes first documented between the invention of radio (1890) and the emergence of television as a mass medium of entertainment (1939).

Radio and Cinema provided two entirely new media, for the first time in millennia, and originated many tropes. This is also the time of the first Super Heroes, and the majority of Sherlock Holmes storiesnote (though the first novel is Older Than Radio).