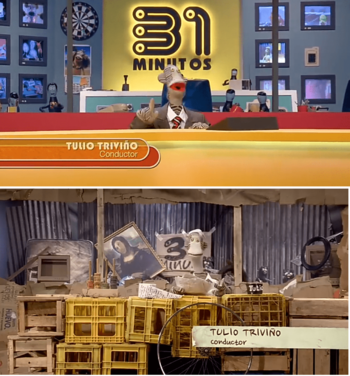 From Riches to Rags...
Advertisement:

Episode focusing on the cast (or at least one Upper-Class Twit or Rich Bitch) trying to achieve some basic living function despite being seemingly without money. May have to ironically settle for a Bulk Buy Only. Expect characters to be on a Poverty Food diet.

Can function as Lampshade Hanging to explain a character's inexplicable income or explain the irony of a character who does make quite a bit of money but never seems to enjoy it for long.

May also be a Cultural Trope in reference to the high living expenses in Japan.

If this is a common theme then it may be a case of Perpetual Poverty. See also Forgot to Pay the Bill. Just as often, though, the character may become rich again and go back to their old lifestyle. (In that case, they have often learned nothing from their experience, or completely forget it.)

The polar opposite is A Fool and His New Money Are Soon Parted. If they're lucky, their friends will stand by them despite their financial difficulties.

Not to be confused with Bizarro Episode (which is things turning odd), or when an episode is made with No Budget.

Jessie informs the Ross children their parents have lost all their money, leaving the family broke and all their stuff is repossessed.

Jessie informs the Ross children their parents have lost all their money, leaving the family broke and all their stuff is repossessed.