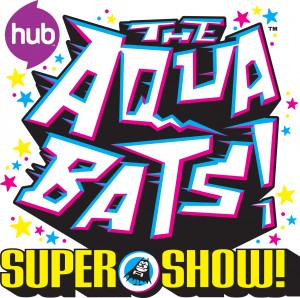 Somewhere, on a TV Tropes page...

The Aquabats! Super Show!, starring superhero team and musicians The Aquabats!, airs on Hasbro's channel The Hub. It's an Affectionate Parody of kids' shows from The '80s and The '90s with a good helping of Batman. It follows The Aquabats — The MC Bat Commander, Crash McLarson, Jimmy The Robot, Ricky Fitness, and Eagle Bones Falconhawk — as they play shows, fight crime and boredom and defeat monsters.

The show is notable in that Matt Chapman, whom many people know as one of the co-creators of Homestar Runner, is one of the show's directors and writers.

The first season, with a total of 13 episodes, premiered on The Hub on March 3, 2012, with the season finale on June 16, 2012. The show has also begun broadcast on ABC 3. A second season was later confirmed by the Aquabats! on Twitter

, though director Jason DeVilliers said that it would be more of a Season 1.5, with only 5 new episodes.

An episode guide is currently in progress.

Following The Hub shifting to Discovery Family, the show was not picked up for another season. However, in August 2018 a Kickstarter campaign

was created with the purpose of funding more Aquabats content, with 9 brand new mini-episodes being created to promote the campaign. The campaign ended on September 29th of 2018, raising enough money to create a brand new 12-episode season, this time taking the form of a web series.

Hey, tropers! Look what I found at the bottom of this page!note 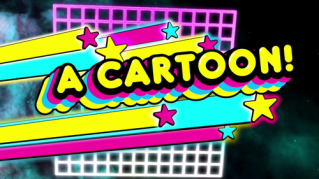