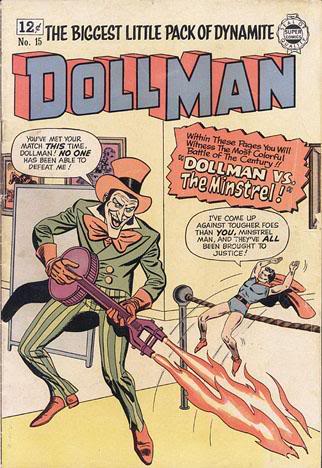 Nothing says evil like a flame-throwing banjo!
"I forgot to mention that when Burroughs plays a requiem, it is always for my enemies. Never for me."
— Kanae Otori, Full Metal Daemon Muramasa
Advertisement:

So you're an assassin who is also a musician. Unfortunately, you cannot kill people with the power of your music alone, and you're not a Musical Assassin. So what are you going to do? Why, have a musical instrument that doubles as a deadly weapon of course. A step up from Senseless Violins, with no danger of your weapon being discovered if anyone opens your case.

This trope covers weapons hidden in musical instruments. For people that use normal instruments as weapons, see Improbable Weapon User (or Improvised Weapon if it is not a usual occurrence). For assassins who kill their targets with music, see Musical Assassin. For weapons used as instruments, see Instrumental Weapon. See Xylophone Gag for instruments rigged to kill the player. Sort of the evil counterpart to Signature Instrument.

While dueling with a random player named SunRiseLion, SovietWomble gets killed with one hard smack of his lute.

While dueling with a random player named SunRiseLion, SovietWomble gets killed with one hard smack of his lute.