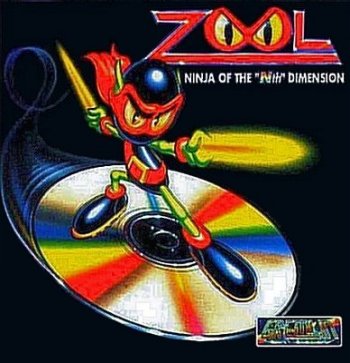 Zool is a video game originally produced for the Amiga by Gremlin Graphics in 1992. It was intended as a rival to Sega's Sonic the Hedgehog. It was heavily hyped upon its initial release, including being bundled with the newly launched Amiga 1200. In 2000 the game was re-released as part of The Best of Gremlin compilation.

Zool is a Gremlin Ninja from the Nth dimension sent to Earth. To complete his ninja training, he has to pass seven worlds filled with enemies.

Not to be confused with Zuul.