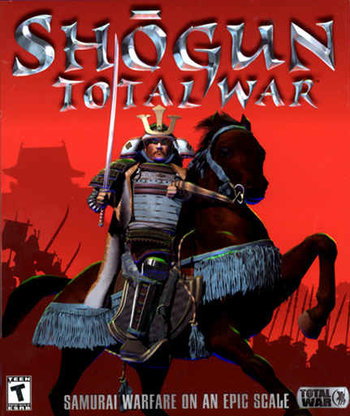 Shogun: Total War is the first game in the Creative Assembly'sTotal War strategy franchise. The player takes control of a Japanese clan during the Sengoku Period attempting to conquer the nation and claim the position of shogun. Despite being quite rudimentry game from modern perspective, the unique tactical battles combined with Risk-style map proved to be a game-changer for the entire industry, affecting strategy games ever since.

An Expansion Pack called Mongol Invasion was released in 2001 which allowed players to control either side of the Mongol invasions of Japan.