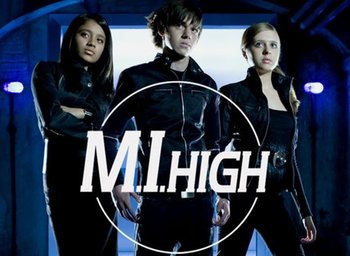 CBBC Show that premiered in 2007 and originally ended in 2011 after five series. It was revived for a further two series that aired in 2013-14. It is about a group of kids who have a secret life as spies, with a headquarters hidden in a bunker below their school. It comes from the makers of Spooks, and is best described as a Lighter and Softer version of that show.