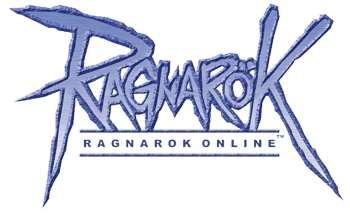 Ragnarok Online is a Korean Massively Multiplayer Online Role-Playing Game established in 2001 by Gravity Co., Ltd. Originally an adaption of the manhwa Ragnarok, RO was eventually released to several countries, yet mostly stayed popular in Asia. Most Korean online Role Playing Games afterwards have had a nasty habit of almost copying the game to a T; it might have popularized the free beta idea as well, not to mention, possibly, the more-or-less standard licensing architecture foreign online game developers tend to use when setting their games up overseas. In a rather sad twist, more people play Ragnarok than World of Warcraft... if you count all the illegal, mostly free private servers.

Also of note is Ragnarok Online's rather colourful history, markedly moreso than most Massively Multiplayer games and definitely remarkable given the game's general success despite the various tribulations. At the end of its original closed beta period, a group of hackers, apparently angered by the game moving into a pay to play format, attacked the servers, not only of the game but Gravity as well, destroying everything, setting RO's development back, and causing it to disappear from the radar for a long time before finally resurfacing. A lot of anger can be seen under the community at this, at times, as not only did it enable the private servers to come about by stealing a copy of the basic Aegis architecture at the core of the game, but caused many features, such as player owned apartments, to be dropped from the final release. Not to mention a near disastrous case of Executive Meddling by Samsung after they saved Gravity from total bankruptcy (though Samsung saw how horrible things were going because of the meddling, and backed off just in time).

Since 2004, Gravity has been developing a sequel to Ragnarok Online. The first attempt was Ragnarok II: The Gate of the World, but was scrapped in 2010. In its place came Ragnarok II: Legend of the Second, which has launched in South Korea, Southeast Asia, and internationally. Interestingly, the sequel did not cause the original to be closed down, rather, they both are being run together at the same time.

At 2018, the original PC game gets a mobile 3D reboot named Ragnarok M Eternal Love released under a collaboration with Big Cat Company.