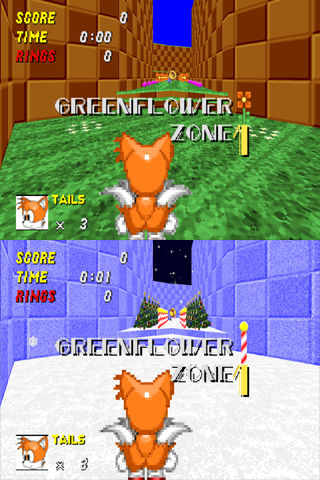 A general term for Video Game features that depend on the actual date or time the game is played. For non-online games, these are usually stored as Easter Eggs. Holiday Mode may do anything from changing a single sound or sprite, to adding extra enemies, or even giving access to levels that are not normally available.

One of the most common holidays to be noted by games—especially western games—is Christmas, but other special dates or times may be observed as well.

Most examples of Holiday Mode only cause very minor changes that don't alter gameplay, although some cause enough changes that they're no longer just interesting, but the whole game seems very different.