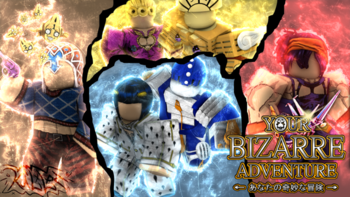 NOTE: The game, prior to August 2022 referred to every JJBA character/item with a changed name to avoid copyright. This change has since been reverted.