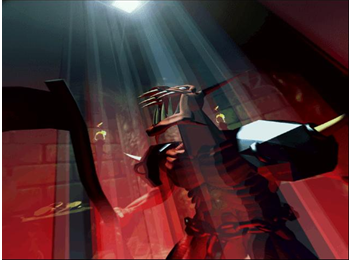 A pair of groundbreaking management games developed by Bullfrog Productions and published by Electronic Arts which put the player in the role of a fantasy Evil Overlord responsible for constructing a dungeon, recruiting an army of monsters and seeing off RPG-style hero invasions.

Dungeon Keeper (1997) put RTS in a surprisingly small-scale setting — the player runs a dungeon full of monsters, treasure and other goodies, and must defend it from incoming heroic adventurers. It was also one of the first games to include a "first person" mode, in which the Keeper could "possess" one of his creatures.

A sequel, Dungeon Keeper 2 was released in 1999 and a third installment, Dungeon Keeper 3: War for the Overworld, was briefly in the works before being cancelled in 2000. The series has quite a few Spiritual Successors in Evil Genius, Overlord, Startopia, Dungeons, and (arguably) Dwarf Fortress and Badman. There is also a board game called Dungeon Lords

through Kickstarter, and is looking like the closest thing to a third DK installment that will ever see the light of day. Cyanide Studio (famous for the Blood Bowl video games) and Paradox Interactive have released another spiritual successor titled Impire and set in Ardania, the setting of the Majesty series and its spinoffs.

There is also an MMORPG being produced, to be released exclusively in China, Taiwan, Hong Kong, and Macau. Western fans of the original games have responded to the news with a quick cycle through elation, confusion, anger, despair, and finally apathy. At this point very little is known about Dungeon Keeper Online, with the only thing being seen of it is some concept art

In 2014, a reboot of the series, developed by Mythic Entertainment and also published by EA, was released for iOS and Android. It almost immediately became the subject of online rage due to its requirement for extremely frequent in-game purchases to actually do anything.

Both games in the series have been made available for purchase at GOG.com

A Fan Expansion of the first game, titled KeeperFX, is available here