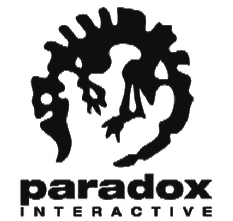 "A patch is never late! Nor is it ever early. It arrives precisely when I mean it to do!"
—Johan "The Wizard" Andersson

Paradox Interactive (not to be confused with Paradox Entertainment, from which it split off) is a Swedish computer-game publisher, which has a prominent internal development studio — Paradox Development Studio. The internal studio generally focuses on historical Real-Time Strategy games. Unlike most Real-Time Strategy games, the Paradox games tend to have a greater focus on the Grand Strategic level — you control not individual units but the resources of entire nations.

Pre-2010, because of the scope of their games and a lack of budget, internal Paradox games were (in)famous for being ‘incomplete’ and buggy at release, having a cliff-side learning curve whilst lacking proper tutorial, and utilizing unimpressive graphics and UI. However, Paradox reliably mitigated these flaws by providing decent support post-launch, maintaining a dedicated forum, and listening to customer feedback on said forum, allowing them to foster consumer trust despite all the problems their games had. Especially since their games filled a niche that pretty much wasn't catered to by anyone else. Because when a PDS game wasn't bugging out and the player had access to Google, the depth of their games provided a great deal of replay value.

With online gaming platforms like Steam taking off, Paradox Interactive and its studio finally hit double A status in the 2010s with their cult-followed niche titles and a strong back catalog, leading to the streamlining and cleaning-up of their games' interfaces and mechanics while keeping the depth and mod-friendliness of the games that carved their niche, alongside having a better and bigger QA team. The increase in accessibility and quality of their games is apparent when one compares a pre-2010 Paradox game to a post-2010 one, with Victoria II being the turning point. However, their post-2010 games have been observed to be perpetual betas in terms of mechanics; games like Stellaris and Imperator: Rome being two of the more extreme examples.

PDS games also employ a game engine with fairly intuitive code. This, plus the fact that they have very supportive sub-forums dedicated to modding, encourages all to mod the games to their liking and even attempt to fix bugs themselves if they feel particularly codey. It's not unfair to say Paradox has been a strong proponent of Game Mods since the early days of the internet age.

On the publishing side, they tend to go for niche but highly replayable titles from a wide variety of genres, e.g. Penumbra, Mount & Blade, the Magicka series, Dungeonland, Cities: Skylines and Pillars of Eternity.

In October 2015, they announced they had bought White Wolf Publishing from its former owner, CCP Games. In 2017, they acquired Triumph Studios, developers of the Age of Wonders series.

The games also boast an active community of writers of After Action Reports. An interesting feature is the ability to import your saves from one game to another using official or unofficial software tools or (if you have a lot of time and patience) manually, theoretically allowing you to play the same game from 769 to 1963.

Late 2010s, Paradox partnered with a number of game publishers to produce Tabletop Games based on their most popular titles.